Natasha Meister is an incredible singer/songwriter/guitarist whose unique voice and abilities illustrate her complete passion for her craft with every note she plays. But how did she get there? 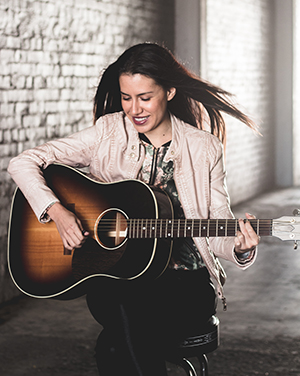 Natasha Meister started singing in her local church at just 6 years old. Born in London, Ontario, Canada and raised just outside of there in the town of Thorndale to a Swiss father and South African mother, her father’s love of Country music and the sounds of Johnny Cash and Willie Nelson were her first introduction to what would become her lifelong passion.

As time moved on, young Natasha started entering music competitions as a duo with her older sister, Shari. The competitions, however, were spaced too far apart to satisfy their thirst to perform. They started singing at retirement homes and anywhere else that would want to hear the young duo. 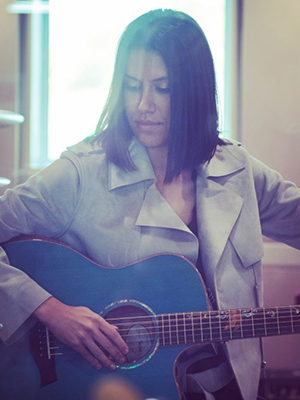 In her teens, the family moved into London taking Natasha away from her friends. Music became something steady that she could rely on as she acclimatized to a new city, new school, and new friends. It was around this time that Natasha thought she wanted to follow in her sister’s footsteps and learn piano, but she instinctively gravitated towards her father’s instrument: Guitar.

Natasha started playing at open mics where her natural talents were obvious to those watching. She performed her first club date at the London Music Club alongside her sister, Shari. As the music rang out and the audience responded enthusiastically, it was then that Natasha knew that this would be what she would dedicate herself to forever.

The London music scene, along with TV and radio, exposed Natasha to a lot more than just Country music. Blues, Jazz, Funk, Soul, Rock, and Pop all influenced the teenager and this period in her life would shape her incredible chameleon-like ability to perform music from almost any genre.

Then, in her later teens, Natasha’s life got shaken up. Her parents surprised her with some news – they were moving back to South Africa where they had first met. 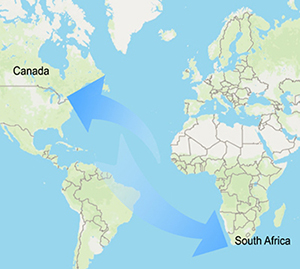 Older sister Shari was living on her own by now, so perhaps they could have lived together, but Natasha made the choice to go with her parents to a land that she had only heard about from her mom. A land where her ethnically-mixed mother had chosen to leave, in part, due to apartheid, and where racial tensions still exist to some degree to this day.

Sure, Natasha had some family there, but most of them she had never met before.

Although torn, Natasha felt that she wasn’t quite ready to watch her parents go, so she gave her sister a big hug, and moved thousands of miles away with her mother and father to a completely different area of the world. 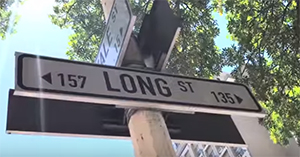 They moved to beautiful Cape Town, South Africa and that’s where Natasha’s music career really began to launch. But it wasn’t easy. She had to find her own path now without her big sister leading the way. Natasha recalls meandering downtown on renowned Long Street with a guitar slung over her shoulder. She was starting from square one again, so she turned to open mics just like she had done in London.

And just like the crowds in her original home thousands of miles away, her undeniable talents were obvious to those who heard her perform in Cape Town.

Things started to take off!

Natasha’s skillful guitar chops led her to be the first female musician in South Africa to be endorsed by the legendary Fender Guitars. Her powerful vocals, that fuse together influences from so many genres, led her to some of the biggest stages in South Africa, opening for acts like The Pixies and LIVE and making countless appearances on TV as a solo artist and in a band she helped start called The Sweet Resistance. 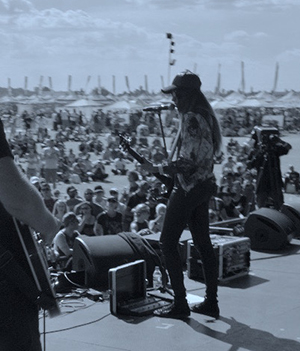 She recorded solo albums such as “Half Way” as The Natasha Meister Band and “Where There Is Hope” with The Sweet Resistance receiving air play on the top radio stations in South Africa and charting at #1.

Life was good for Natasha, and she was where she wanted to be.

Or so she thought…

A couple of years ago, while visiting her sister in Canada, something spoke to her. Although grateful for the people that she had come to know and love in her adopted country of South Africa, Canada was calling her home.

So, Natasha returned to South Africa just to pack up and say goodbye to her friends, family, and fans. She gave her parents a big hug and then moved back to Canada to start over again – this time based near Toronto.

As with every other move in her life, she turned to music as a steadying force and was even able to complete some songs like Body Talking and Queen Of Your Heart that she had started writing across the Atlantic Ocean.

But it was clear to Natasha that moving wasn’t quite the same thing this time. Sure, she started attending open mics in the Toronto area, but she was no longer the inexperienced teenager that had left Canada years ago.

Natasha Meister is now a passionate singer and multifaceted songwriter, guitarist, and performer. Her true love for music oozes from every note the she sings and she captivates every audience with every performance.

Although Natasha’s exact future is uncertain as she embarks on the next phase of her journey, what is certain is that when people hear her strum her guitar and sing, her unmistakable talents will make everyone who hears her a fan for life. 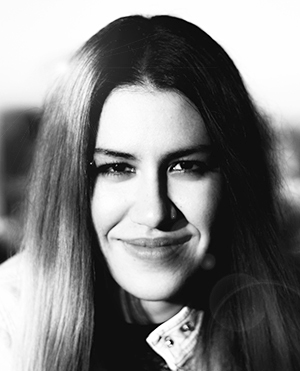